Q1. Answer these questions in one or two sentences each

1. Where was Abdul kalam’s house?

Ans: Abdul Kalam’s house was on the mosque street in Rameswaram

2. What do you think Dinamani is the name of? Give a reason for your answer.

Ans: Dinamani is the name of a newspaper. Abdul Kalam attempts to trace the second world war’s news in the headlines of this newspaper.

3. Who were Abdul kalam’s school friends? What did they later become?

Ans: Ramanandhasastry, Aravindan, and Sivaprakasan were his school friends. Ramananda Sastry became a priest of the Rameswaram temple. Aravindan went into the business of arranging transport for visiting pilgrims. Sivaprakasan became a catering contractor for Southern Railways.

4. How did Abdul Kalam earn his first wages?

5. Had he earned any money before that? In what way?

Ans: Yes, he earned money before also. He used to collect the tamarind seeds and sell them to a provision shop on mosque street. A day’s collection would fetch him the princely sum of one Anna.

Q.2. Answer each of these questions in a short paragraph

The author describes his father as a wise and generous person. He felt happy when he helped others. He did not have much formal education or riches. He was a man of confidence and great wisdom. He avoided inessential comforts and luxuries.

His mother was a noble and kind-hearted woman. She used to feed a large number of people. She had all the attributes of a typical Indian mother.

I was born into a middle-class Tamil family. I short boy with rather undistinguished looks, born to tall and handsome parents. I studied aerospace and engineering and became a scientist.

2. what characteristics does he say he inherited from his parents? 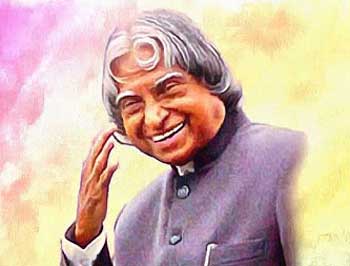 i. The annual event held in Rameshwaram was Shri Sita Rama Kalyanam Ceremony.

ii. the boats carried the idols of the lord in the middle of the pond on the site of the mirage (or ceremony or function).
iii. Idols.

1. Why did APJ Abdul Kalam call his childhood a secure childhood?

“Kalam’s childhood was a secure one, both materially and emotionally”. Illustrate the fact.

Ans: APJ Abdul Kalam called his childhood a secure one because he had loving and caring parents. He had all the necessary things which included food, clothes, medicine, etc

Q2. Do you think the new teacher deserved the treatment meted out to him? Why/Why not?

Ans: yes, he deserved the treatment meted out to him. He was spreading the poison of communal intolerance among the young minds which was a serious crime. If a teacher indulges in such a mean act he deserves no sympathy.

Q3. What was the difference in the attitudes of the science teacher and his wife towards APJ Abdul Kalam?

Ans: Though his science teacher was an orthodox Hindu, he broke the social barriers, and mixed with other religions and comities. He invited Abdul home and served him meals and even sat and ate with him. On the contrary, his wife was conservative and refused to serve Abdul.

Q.4. How did Second World War give them the opportunity to kalam to earn their first wages?

Ans: Kalam’s cousin was a newsagent. The train halt at Rameshwaram station was suspended. So, the newspapers were bundled up and thrown out from a moving train. Kalam helped his cousin to catch the bundles. He was given money for it.

Q.5. How does Abdul Kalam describe his mother?

Ans: Abdul Kalam describes his mother by saying that she was an ideal wife and a gentle lady. He learned from his mother to be gentle and kind. She even used to feed a lot of outsiders every day.

Q6. What did Abdul Kalam’s family do during the annual Shri Sita Ram Kalayanam Ceremony?

Ans: Abdul Kalam’s family arranged for a boat with a special platform for carrying the idols of Lord Shri Sita Ram from the Temple to the marriage sites situated in the middle of a pond called Rama Tirtha. His parents even told him stories from the Ramayana.

Q7. What characteristics did Abdul Kalam inherit from his parents?

Ans: Abdul Kalam inherited honesty and self-disciple from his father and faith in goodness and kindness from his mother. Like his parents even he respected all religions.

Q.1. What do you know about APJ Abdul Kalam’s family after reading the lesson “My Childhood”?

Ans: APJ Abdul Kalam tells us that his family was a Tamil middle-class family from Rameshwaram. His father Jainulabdeen was not much educated, wasn’t rich but was a generous, wise, simple man but very strict and served. His mother Ashiamma was a generous lady and used to feed unlimited numbers of people in their home. Kalam’s family respected all religions. They took part in Hindu festivals. His mother and grandmother told him stories from Ramayana. They always showered their love on their children and never forced their thoughts on them.

Q.2. What incident took place at Rameshwaram Elementary school when a new teacher came to class?

Ans: Kalam used to wear a cap and Ramanandha Sastry wore a sacred thread that marked him to be Brahmin. When the new teacher came he could not tolerate a Hindu priest’s son sitting next to a Muslim boy. He ordered kalam to go and sit on the back bench. This made Ramanandha sad. Abdul started to sit in the last row but it left a wrong impression on Abdul. Both the kids narrated the incident to their parents. As a result, the teacher was rebuked and reprimanded for spreading communalism and hatred among the children.

Q3. How did Abdul Kalam earn his “first wages”? How did he feel at that time?

Ans: Kalam was only 8 years old when the Second World War broke out in 1939. Then there was a great demand for tamarind seeds. Abdul used to collect those seeds and sell them in the market. His cousin Samsuddin distributed newspapers. The train would not stop at Rameshwaram and the bundles of newspapers were thrown from the running train. Abdul was employed by his cousin to collect them. This way he earned his first wages. He felt very proud of earning his first wages.

Q4. “Once you decide to change the system, such problems must be confronted.” What system is being referred to in the sentence from the chapter “My childhood”? What are such problems?

Ans: System means a system of discrimination on the basis of religion. The system includes the narrow-mindedness and poison of social inequality and communal intolerance. The Brahmins did not allow Muslims to enter their kitchen. The Science teacher – a rebel by nature, invited Kalam to his home and proved that if one is determined to face problems and change the system, he will definitely succeed. Though such indifferences come in everybody’s life a person should have a broader outlook and overcome the obstacles.

Q5. How was the Science teacher Siva Subramaniam Iyer, thought an orthodox? Brahmin with a very conservative wife, a friend of Abdul Kalam.

Give incidents to support your answer.

Ans: The science teacher, Siva Subramaniam Iyer, wanted to break the social barriers between the Hindus and the Muslims. He wanted Kalam to be very highly educated as recognized his intelligence. One day, he invited him over to a meal. His orthodox wife was totally horrified at the idea of a Muslim boy dining in her ritually pure kitchen. He did not mind anything said by his very conservative wife. He rather served the food to Abdul by his own hands. He also sat with him and dined together as well as invited him over again for another meal the coming weekend. Thus, this shows that he was a friend of Abdul Kalam even though Kalam was a Muslim and he himself was an orthodox Brahmin.

1. ‘Childhood is the formative period of a child’s life. The lessons learned here always stay with a person. Comment on it in the light of the reading APJ Abdul Kalam.

Ans: APJ Abdul Kalam is one of the finest scientists in our country and was also our eleventh President. From his autobiography “Wings of Fire,” it is amply clear that lessons learned in our childhood not only shape our personality but also decide the kind of person we become. He learned the lessons of religious tolerance, honesty, and self-discipline early in his life. These qualities stayed with him throughout his life and have helped to make him one of the finest President of our country with so many diverse cultures