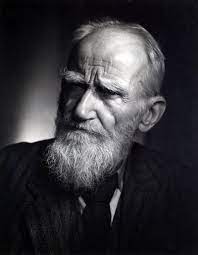 • This is the story of the courageous & undying spirit of a girl Joan.

• She is fearless and speaks confidently.

• She convinces Captain Robert to allow her to fight the Englishmen.

• The war fought between England and France from 1337 to 1453 has come to be known as the Hundred Years War.

• Joan was a peasant girl born in eastern France, who led the French army to several victories during this war.

• This play begins at the time when all of northern France and some parts of the southwest were under foreign control. The English controlled some parts and the Burgundians controlled the others.

• The city of New Orleans, one of the few remaining French cities was held by the English. The year is 1429. Captain Robert de Baudricourt, a military officer is seated at the table. His steward stands facing him.

1. Why had Joan wanted to meet Captain Squire?

Ans: Joan had wanted to meet Captain Squire to receive orders from him to raise a siege. She also wanted him to give her some of his soldiers, a horse & armour, so she could go and fight against the English.

2. Was the Dauphin fit to be a Prince and heir?

Ans: No, the Dauphin was not fit to be a Prince and heir.

3. What was the squire’s opinion about miracles?

Ans: The Squire felt that miracles were all right but they were not happening in those days.

4. What did Robert accuse Poulengey of?

Ans: Robert accused Paulengey of being as mad as Joan.

5. What shows Joan is a person of immense faith?

Ans: Joan confidently declares that she would inspire the soldiers to fight for France and there would not be a single English soldier on the soil of France.

6. Why were the French soldiers always beaten?

Ans: According to Joan, the French soldiers were always beaten because they fought for themselves and ran away to save themselves. She would make a difference by teaching them to fight for France then they would be successful.

7. What dress did Joan want?

1. Read the extract from G. B. Shaw’s play on Joan of Arc and

Fill in the Tree diagram.

2. (A) Pick out from the extract of the play two lines that provide evidence for each of the following.

(B) Using the above points, frame a character sketch of Joan of Arc, in your own words and write it in your notebook.

Suggest an attractive title for the same.

Joan of Arc- the heroine of France

Find what the following are compared to & why so.

Besides, cows are docile creatures and can be driven away very easily.

(b) As mad as Joan. Joan was planning to go to the Dauphin, who was frightened and motivated him to fight for Orleans.

The Dauphin in Chinon is like a rat in a corner, for just like a cornered rat gives up, he too had given up and refused to fight to save Orleans.

(d) The (enemy) soldiers will be driven away like:

The (enemy) soldiers will be driven away like sheep. This comparison is made because sheep, which are considered to be foolish animals, can be maneuvered and manipulated easily.

Joan of Arc is a bit of a miracle because she was courageous, confident, and determined enough to go to the Dauphin and motivate him to fight for Orleans when everybody else had given up.

4. Say WHY? Write it in your notebook.

Ans: Because she wanted Captain Squire to give her a horse, armour, and some soldiers and send her to meet the Dauphin.

(b) Joan did not ask for many soldiers from Captain Squire.

Ans: Because the Dauphin would give her that entire she needed.

(c) Poulengey, Jack, and Dick had offered to accompany Joan.

Ans: Because they felt she was a bit of a miracle. Her words put fire into them.

Ans: Because they were always trying to save themselves & would run away from the battlefield.

(e) Captain Squire Robert said, “I wash my hands off it.”

Ans: Because he did not want to be held responsible for anything.

5. Using a dictionary, find the difference between the following pairs of phrases.

Make sentences of your own with each of them.

Make the following sentences Affirmative without a change of meaning.

Affirmative: I am rather unsure, now. (I am doubtful, now)

(b) Negative: He will not be able to stop them.

Affirmative: He will be unable to stop them.

Affirmative: I am unable to do more.

(f) Negative: I shall not want many soldiers.

Affirmative: I shall want only a few soldiers.

(B) Fill in the gaps in the table.

1. Discuss in groups/pairs and make a list of the weapons used in the old times and in the present times.

2. Imagine that you are the captain of your school’s Kabaddi team.

Your final match is against a very strong team.

Your team members are sure that you will lose.

How will you boost their morale?

Work in groups and prepare a short list of what can encourage the team.

3. Adding different prepositions to the same action verb changes the meaning of the phrases thus formed.

• A phrasal verb is a verb that is made up of the main verb together with an adverb or preposition or both.

Guess the difference in meanings of the underlined phrases.

(a) He promised to look into the matter.

: to investigate/ try to understand

(b) He asked me to look for his lost book.

(c) I shall look forward to your arrival.

: to expect or hope for

(a) An epidemic of cholera broke out in the village.

(b) The thieves broke into the locked house.

: to enter illegally and forcefully

(c) They broke up their friendship.

(a) You must carry out your duty faithfully.

(b) Please carry on with your work.

(c) They carried off the trophy in the football matches.

(d) Carry forward the remaining balance to the next page.